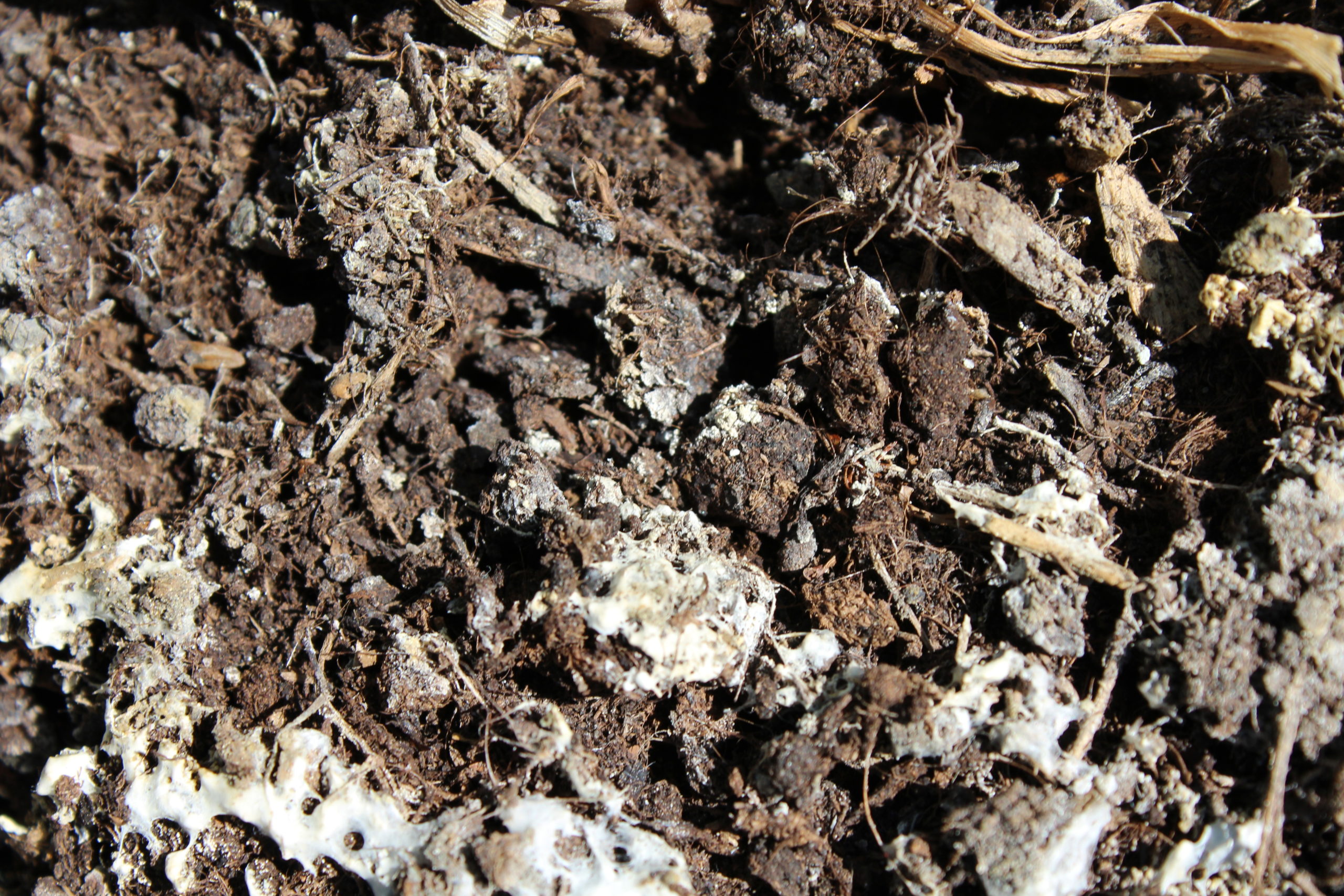 It is obviously not pleasant to discover a mouldy covering in a bag of potting soil you have just opened. However, it is in fact a sign that the soil you bought is biologically active.

Peat-free or peat-reduced potting soils consist of varying percentages of wood fibre, bark humus and green waste compost. These feedstocks are organic materials with naturally occurring fungal spores adhering to them. In their respective manufacturing processes, the different materials are hygienised. This means that after the manufacturing process they are free from weed seeds and pathogens. However, they remain naturally colonised with important microorganisms (bacteria and fungi). These microorganisms hamper the spreading of plant pathogens, such as for example root rot.

High moisture levels combined with heat provide the ideal environment for the adhering fungal spores to germinate. If conditions remain good, the spores spread as mycelium throughout the entire substrate for planting. In a bag of potting soil, the mycelium can be easily identified as a white web, especially between the soil and the foil. Fruiting bodies do not usually develop under the conditions in the plastic bag, but are more likely to be found in flower pots. See also our article “Mould and fungal growth in flower pots” (LINK) for further information.

Microorganisms are active during storage

Unfortunately, even the most meticulous quality inspections cannot prevent this natural biological process. Potting soils and other substrates for planting always leave the filling facility in flawless condition. However, they are often stored at wholesalers and retailers for several weeks before they are sold to end consumers. During this time, the organic constituents of the potting soils are subject to entirely natural conversion and decomposition brought about by the microorganisms in the substrates. In extreme cases, the soil can be covered completely by a white web of fungal threads on the outside.

Useful fungi from the forest

Mould spores in potting soils are always saprophyte fungi: saprophytes are destruents (decomposers) of dead organic material; they are present in all forest soil, where they perform important tasks. They do not infest living plant parts and are therefore completely harmless to indoor, bedding, border and other plants.

In fact, the white covering usually disappears on its own once the potting soils has been used. You can expedite the process by mixing the amount of soil you need well, spreading it out flat and leaving it for a few days. You can then use the soil either indoors or outside.

Is there a health risk?

Most moulds that occur on potting soil do not pose a health risk. However, if the spores of these fungi accumulate in the room air, sensitive people may experience health problems.  People with chronic or allergic respiratory diseases are affected more often than average.