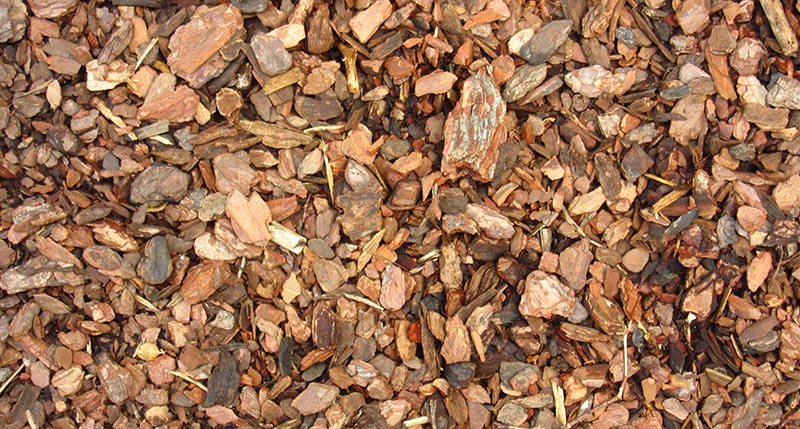 Bark mulch: No need to worry about soil acidification

Bark mulch: No need to worry about soil acidification

There is a stubborn rumour that bark mulch lowers the soil pH value.

Many gardeners and horticulturists greatly appreciate the countless benefits bark mulch offers: It gives borders a uniform and neat look, keeps weeds down, holds the moisture in the ground, and prevents soil from silting or being washed away from sloping sites during heavy rainfall. Nevertheless, more than a few plant lovers hesitate to make extensive use of the organic ground cover in ornamental gardens because they are afraid that bark mulch will acidify the soil. These fears are unfounded, Gütegemeinschaft Substrate für Pflanzen e.V. reports.

The assumption that bark mulch has a low pH value is based on the quality of the source material. Bark of conifers is the main raw material in bark mulch and is, indeed – at least initially – on the acid side of neutral. However, its pH value gradually increases as the mulch material decomposes. Expert studies have shown that a soil’s pH value does not even decline where surfaces are permanently bark-mulched over a period of several years.

Soil pH value in a nutshell:
A soil’s pH value indicates how many free hydrogen ions are present in the soil. Acid soil with a pH value of 4 to 6 has a large number of free hydrogen ions. The hydrogen ions are very reactive and readily dock onto the main plant nutrients, including nitrogen, phosphorus, potassium, calcium, magnesium and sulphur, but they don’t make these nutrients readily available to the plants themselves, which can result in nutrient deficiency. At the same time, heavy metals and other toxic substances that are bound in the soil, such as aluminium, may be released. Rhododendrons, hydrangeas and many other ericaceous plants are perfectly adapted to these conditions.

Alkaline soils having a pH value of 8 to 10 contain only very few free hydrogen ions. For this reason, the main nutrients are normally not fixed in the soil. On the other hand, supply with key trace elements such as iron is often poor in this environment. Most kinds of vegetables and many ornamentals are most comfortable in substrates with a pH value between 5.0 and 6.5, because in this slightly acid pH range most nutrients are present in a highly available form.