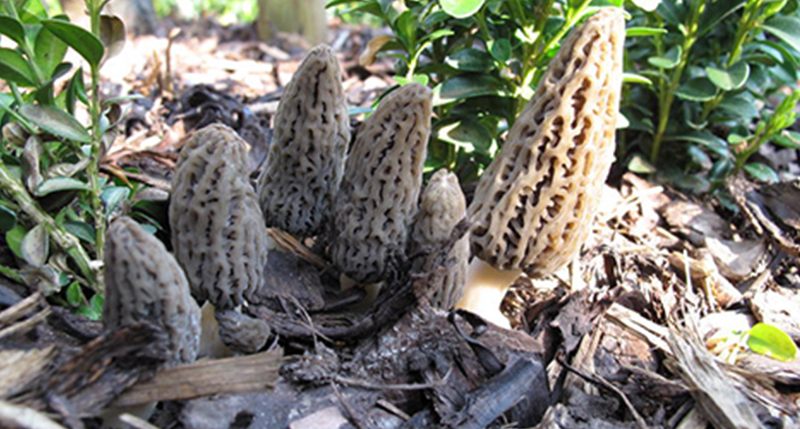 Fungi in bark mulch: no sign of poor quality

Fungi in bark mulch: no sign of poor quality

What’s this? You’ve carefully covered your garden bed with bark mulch so that weeds won’t come anywhere near your perennials, trees and shrubs. And what do to see? Fungi! Mainly mushrooms, small ones, slender and generally not even nasty-looking. But you might also see sac fungi, or even bizarre-shaped specimens like the slime mould with the ugly name of Dog’s Vomit (Fuligo septica). Whatever the fungi look like, what you probably want to know is: how did they get there? What do they want here? And how do I get rid of them, if at all?

Mission: building humus
You’ll soon suspect that the bark mulch might be the cause. Basically, you’ll be right to, as fungi play an especially important role in forests. Being decomposers (i.e. by breaking down organic material), they turn dead plant parts into valuable humus. This is how they provide growing plants with all the essential nutrients that they need. Fungal spores, which are virtually invisible to the human eye, are ubiquitous in the forest – and they are therefore also found in the natural product of bark mulch. Add to them the fungal spores that are always naturally present in the garden air anyway.

So when these spores produce the typical fungal fruiting bodies in the garden bed some time later, it doesn’t mean that you have used poor quality bark mulch. Nor is the occurrence of fruiting bodies inevitable. Fungi are generally more noticeable when the weather is warm and humid. The good news is that the fungal spores and fruiting bodies occurring in bark mulch don’t cause damage to living plants.

How to remove fungi
Where fungi get nasty or where you have children around the garden at the everything-in-their-mouth stage, you can use a hoe to destroy the fungus and work it into the ground. Larger specimens are best disposed of in the organic-waste bin. This prevents the spores from spreading. In summer, that should usually be enough to remove the problem, at the latest when the next dry spell hits.

Fungi in the freshly opened bark mulch bag?
Sometimes clear signs of fungal growth can be observed even in freshly opened bags of bark mulch. A fine white root system, the mycelium, permeates and covers the bark mulch and the bag content gives off an intense smell of forest soil. This is not surprising, really, because fungal growth is encouraged by the warm and humid conditions that build up fast in plastic packaging. That’s why the Gütegemeinschaft Substrate für Pflanzen e.V. recommends that consumers store bark mulch in a cool and shady place and avoid long storage times.

Consumer tip: mulches and soil mixes with RAL quality mark
The Gütegemeinschaft Substrate für Pflanzen e.V. (GGS) recommends amateur gardeners to look for products labelled with the RAL quality mark when shopping for bark mulch, bark humus or substrates for planting. Quality-certified substrates are subject to continuous quality control by approved independent labs. The certification criteria include, for example, pH value and nutrient content. Certified products must also have a structure that encourages plant growth and be free from weed seeds and plant-damaging substances. Complying with these requirements, RAL-certified substrates provide plants with optimal growing conditions.