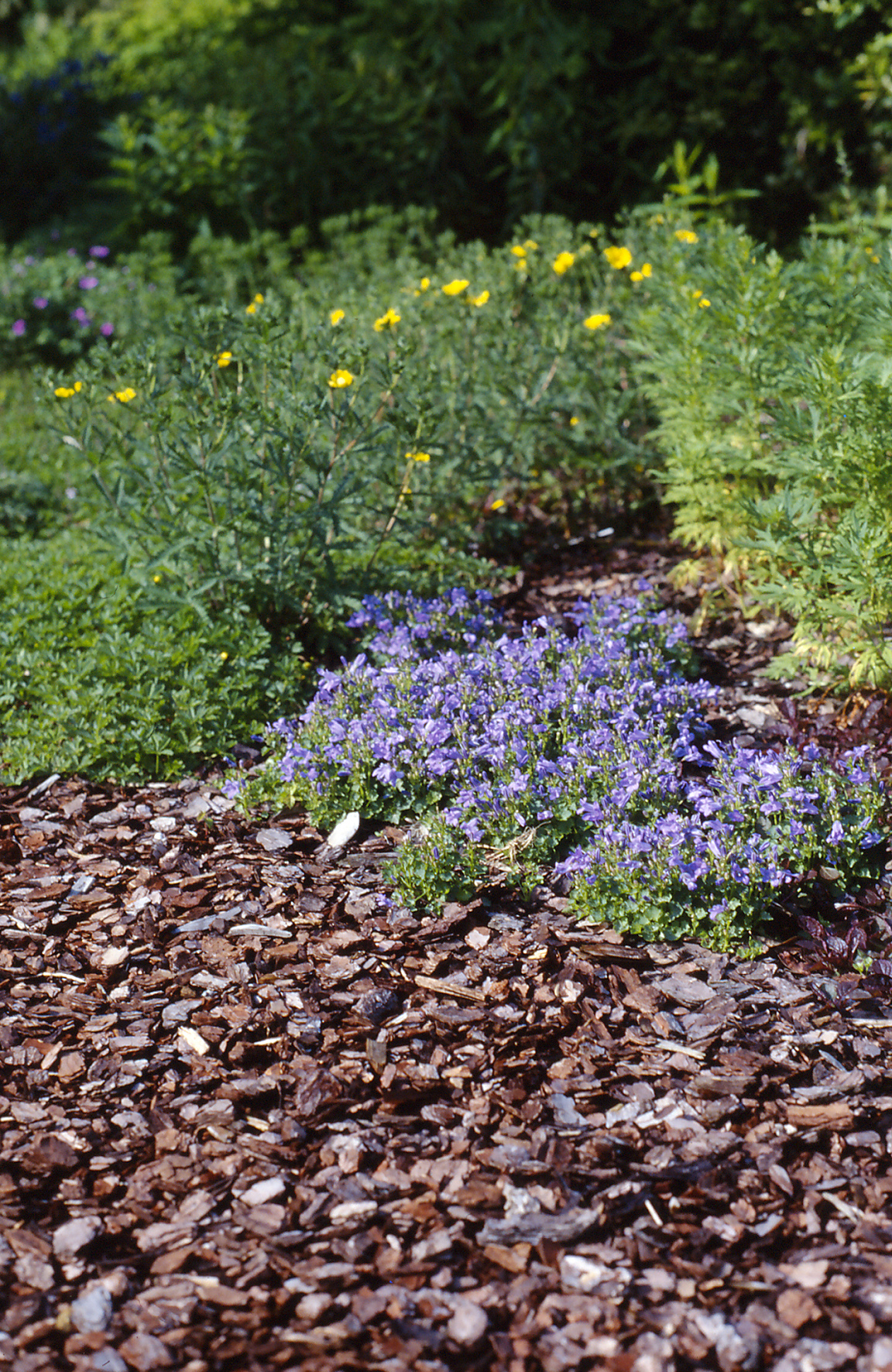 Tips for using bark mulch as an organic ground cover –

Dark-coloured spruce, reddish brown Scots pine or stone pine bark of an even ruddier shade – bark mulch has numerous faces, and even more fans. Many people appreciate the crushed pieces of bark because of their optical effect, using bark mulch, for example, in perennial borders to create a uniform placid surface. Above all, countless garden lovers are aware of the mechanical benefits this kind of ground cover offers: bark mulch gives especially weed seeds a hard time while letting crop plants benefit from a better balanced microclimate. Moreover, the mulch layer reduces evaporation, reducing the need for watering, and protects the soil from silting or being washed away by heavy rainfall.

Many kinds of mulch
When you compare different bark products, you will probably find considerable differences in price. There are usually good reasons for the differences. Fresh bark mulch releases substances that can damage other plants. For this reason, producers of high-quality products allow the mulches a certain period of time to degrade phenols and other substances and then run a laboratory check to ensure, among other things, that the degradation process has progressed enough. This procedure drives up costs and, consequently, the product’s price, but the investment is worth the effort.

Practical tips for the garden
Anyone looking to effectively prevent weeds from emerging should choose bark mulch with a medium particle size (10-40 mm) that will cover the ground with a mulch layer five to seven centimetres thick. Avoid “burying” young plants in bark mulch; instead, keep the mulch around five centimetres away. Mulch with a finer particle size (0-20 mm) is mainly used for smaller perennials. With the smaller particles, the mulch layer only needs to be three to five centimetres thick. As a general rule, the critical factor is to completely eradicate existing weeds with creeping underground stems, such as ground elder or common couch, before mulching. Otherwise, these invasive plants will work their way up through the mulch barrier. Good to know: bark mulch decomposes within two years, binding nitrogen in the ground. Because of this, it is recommended to work 40-80 gram of horn shavings per square metre into the ground before applying a mulch cover. This step is not necessary for deep rooters, including many ornamental trees and shrubs, as these get their nutrients from deeper layers of the soil.

Bark products in the garden
Mulch vs humus – a major difference
Time and again, bark humus, i.e. fine-textured composted bark, is recommended as a mulch material. Bark mulch is, however, by far the more suited mulch material, Gütegemeinschaft Substrate für Pflanzen e.V. points out. Bark humus can on the other hand be used to add organic matter and nutrients to the soil. To do so, cover the planted beds with a one centimetre thick layer of humus and work it into the top soil.